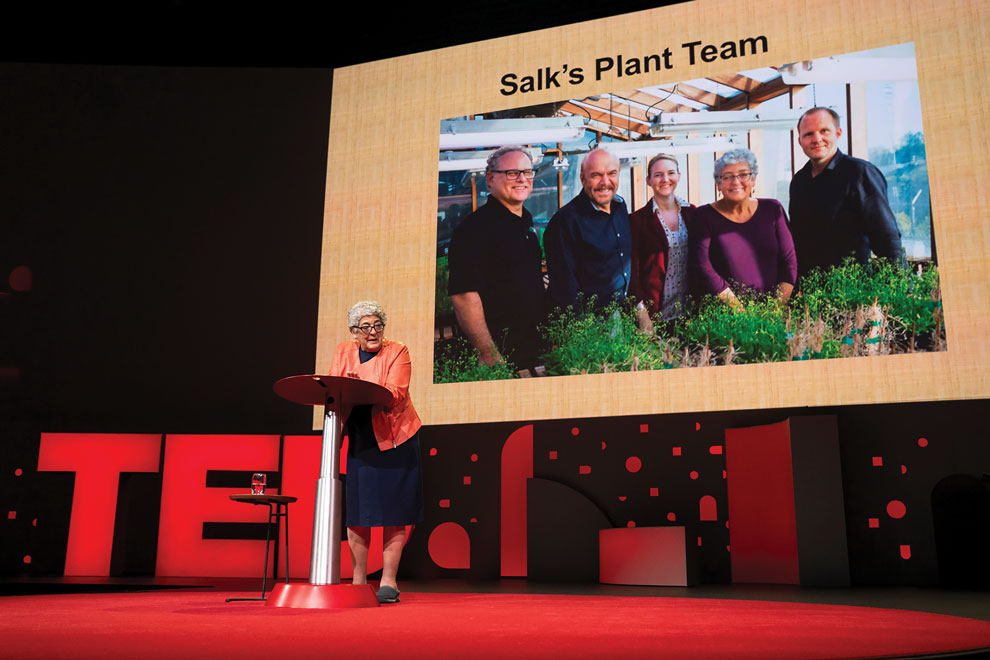 The Salk Institute’s Harnessing Plants Initiative to combat climate change using plants, led by Professor Joanne Chory, executive director of the initiative, will receive funding of over $35 million from more than 10 individuals and organizations through The Audacious Project, a highly competitive program housed at TED. The collective commitments represent one of the largest gifts to a single project in the Institute’s history.

“We are overjoyed with this strong show of support for the Harnessing Plants Initiative from donors through The Audacious Project,” says Chory, who is also director of Salk’s Plant Molecular and Cellular Biology Laboratory. “Plants have evolved over time to be an ideal vehicle for carbon capture and storage. If we can optimize plants’ natural ability to capture and store carbon, we can develop plants that not only have the potential to reduce carbon dioxide in the atmosphere (negative emissions) but that can also help enrich soils and increase crop yields.”

The Harnessing Plants Initiative Leadership Team—which includes Salk faculty Wolfgang Busch, Joseph Ecker, Julie Law and Joseph Noel—aims to use a combination of cutting-edge technologies to turbocharge plants’ ability to capture and store in their roots larger amounts of carbon from the atmosphere and keep it buried in the ground for hundreds of years. Chory led the Institute’s involvement with The Audacious Project and was instrumental in the Harnessing Plants Initiative being chosen to receive this support. A Howard Hughes Medical Institute investigator and a recipient of the 2018 Breakthrough Prize and the 2018 Gruber Genetics Prize for her work in plant biology, Chory presented the key elements of the initiative in a nine-minute speech before an audience of 2,000 people attending the TED annual conference in Vancouver, British Columbia, on April 16, 2019. (A video of Chory’s talk has over 1 million views online.)

The key to the initiative’s plan lies in a substance called suberin (one form of suberin is cork), a naturally occurring, carbon-rich substance found in plant roots that resists decomposition.

By understanding and improving several genetic pathways in plants, the Salk team will develop plants that grow bigger and more robust root systems containing an increased amount of suberin, enabling the plants to absorb larger amounts of carbon from the atmosphere and bury the carbon-rich suberin deep in the soil.

By influencing the genes that control those traits and then combining those characteristics in a single plant, the team will develop Salk Ideal Plants™, which will be tested in a state-of-the-art climate-simulation facility at Salk that is able to mimic environmental conditions almost anywhere on Earth. This facility will allow the scientists to uncover the genetic traits that help plants survive in stressful environments—in the past, present and future.

Once they have developed ways to increase suberin in model plants, the Salk team will transfer these genetic traits to six prevalent crop plants. In addition to mitigating climate change, the additional carbon in the soil will make the soil richer in organic matter and make the plants more resilient to stress caused by climate change, prompting better crop yields and more food for a growing global population. In a related but distinct project, the team will also focus on restoration of coastal plants that constitute some of the most powerful carbon sinks on the planet. Restoring these systems will allow coastal plants to thrive and store more carbon while also reinvigorating fisheries; rejuvenating coral reefs; and aiding in coastal-restoration efforts.

“Rising global temperatures are among the top challenges facing humanity today, and we are extremely grateful to The Audacious Project donors for their generous support of Salk’s bold approach to meeting this unprecedented challenge,” says Rebecca Newman, vice president of External Relations at Salk. “We have no doubt that this funding will ensure these visionary scientists have the critical resources needed to implement this truly audacious initiative over the next five years.”

Donors through The Audacious Project include the Clara Wu and Joe Tsai Foundation, Chris Larsen and Lyna Lam, Lyda Hill Philanthropies, Genevieve and Steve Jurvetson, Rosamund Zander and Hansjörg Wyss for the Wyss Medical Foundation, Joe Gebbia and Isabelle Boemeke, and others.

“Social entrepreneurs masterfully combine their ingenuity with the issues that they care about most to move the needle towards a better world,” says Anna Verghese, executive director of The Audacious Project, which aims to take on the world’s biggest and most urgent challenges. “Salk’s innovative approach to tackling climate change has been hiding in plain sight—in the biology of the plants that surround us—and we’re excited to help put their bold plan into action.” 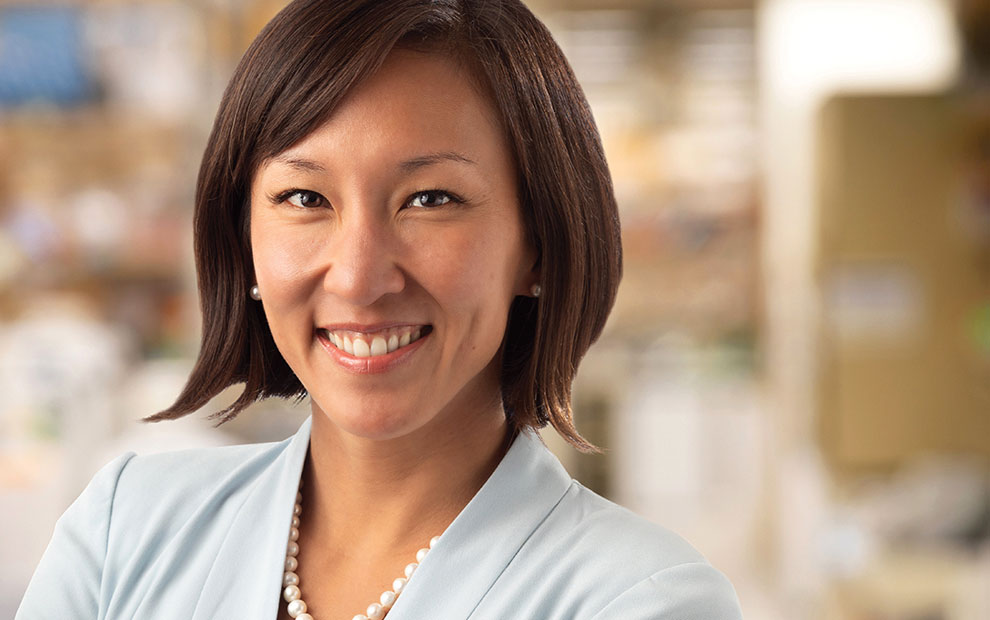 Salk Professor Kay Tye has been named to the Wylie Vale Chair in recognition of her contributions and dedication to advancing science through research.

Tye joined the Salk Institute on April 1, 2019, from the Department of Brain and Cognitive Sciences, Picower Institute for Learning and Memory, at the Massachusetts Institute of Technology (MIT). At Salk, she is a member of the Systems Neurobiology Laboratory, where she leads a team using a wide variety of cutting-edge techniques to better understand the brain circuitry underlying emotion and motivation. Her discoveries help to inform more targeted and effective treatments for a multitude of brain disorders.

The Wylie Vale Chair was established by Liz Keadle, a Salk Trustee who once worked in the laboratory of the late Salk Professor Wylie Vale. For more than 40 years, Vale conducted groundbreaking research at the Salk Institute. 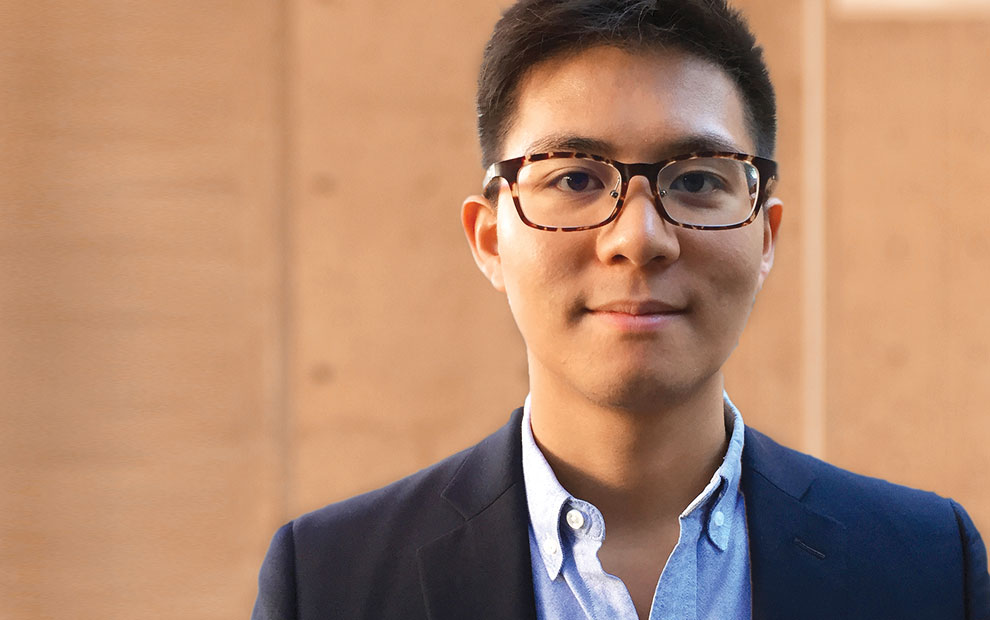 Helmsley-Salk Fellow Patrick Hsu has been named to MIT Technology Review’s prestigious annual list of Innovators Under 35. Every year, the magazine recognizes a list of exceptionally talented technologists whose work has great potential to transform the world. 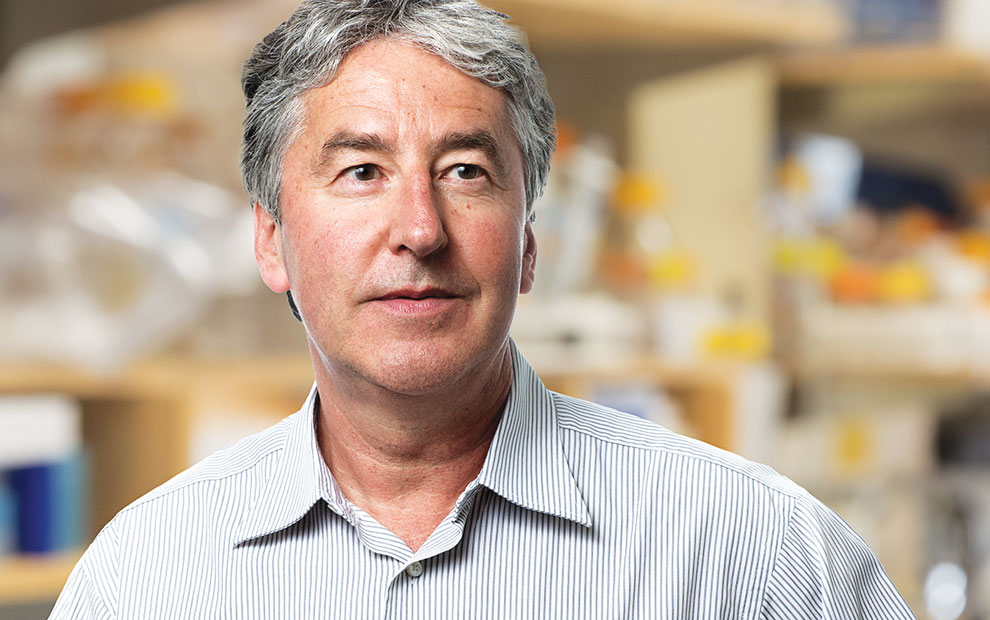 Professor Gerald Joyce has been elected to the prestigious Royal Swedish Academy of Sciences as a foreign member. Joyce is known for his work on deciphering the origins of the code of life and understanding how RNA can help target diseases. 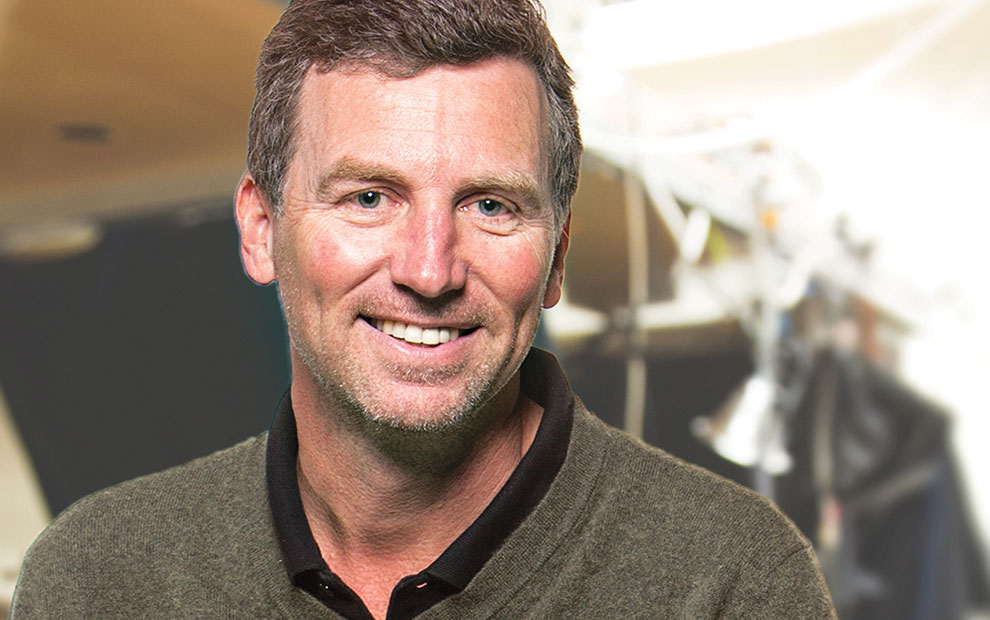 The National Academy of Sciences (NAS) has announced that Salk Institute Professor Edward Callaway is one of 100 new members to be elected to the NAS, in recognition of their distinguished and continuing achievements in original research. The election is considered one of the highest honors accorded to a U.S. scientist. 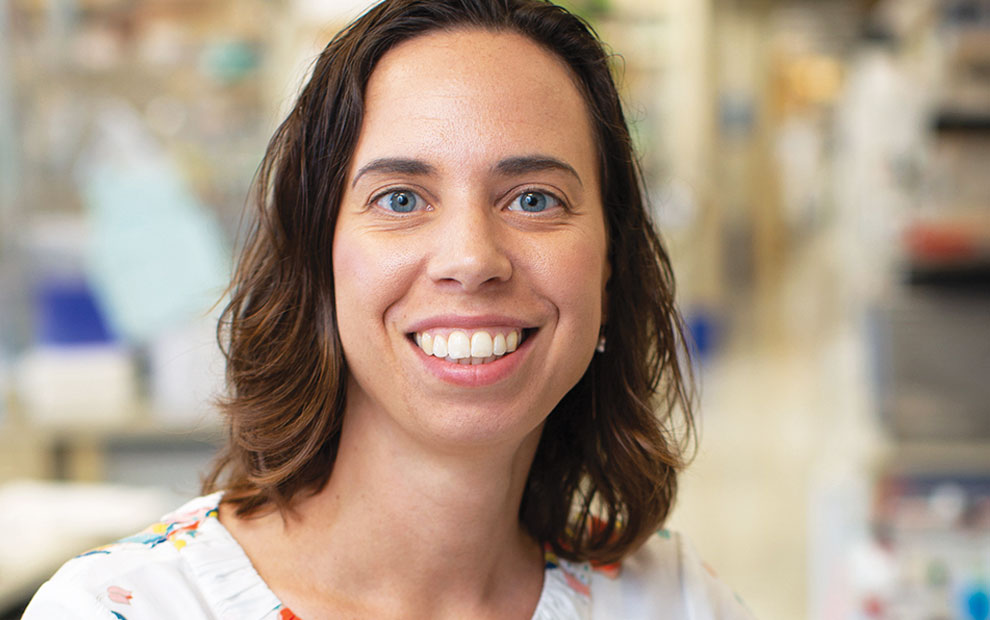 Diana Hargreaves, an assistant professor in Salk’s Molecular and Cell Biology Laboratory, has been named a 2019 Pew-Stewart Scholar for Cancer Research as part of a partnership between the Pew Charitable Trusts and the Alexander and Margaret Stewart Trust. Scholars each receive $300,000 over four years to support their work focused on a better understanding of the causes, diagnosis and treatment of cancer. 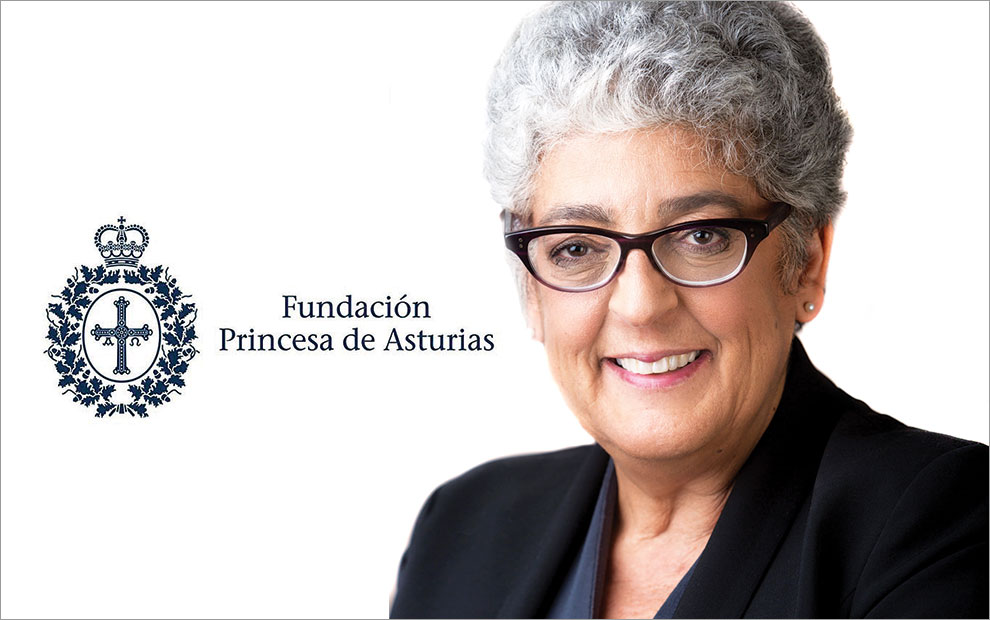 Salk Professor and HHMI Investigator Joanne Chory has received the 2019 Princess of Asturias Award for Technical and Scientific Research, alongside biologist Sandra Diáz, for research that has major implications for the fight against climate change. The prestigious award comes with €50,000 ($56,800) and a sculpture designed by artist Joan Miró. The award, which was established in 1980, will be presented by the king of Spain in a ceremony in the city of Oviedo. 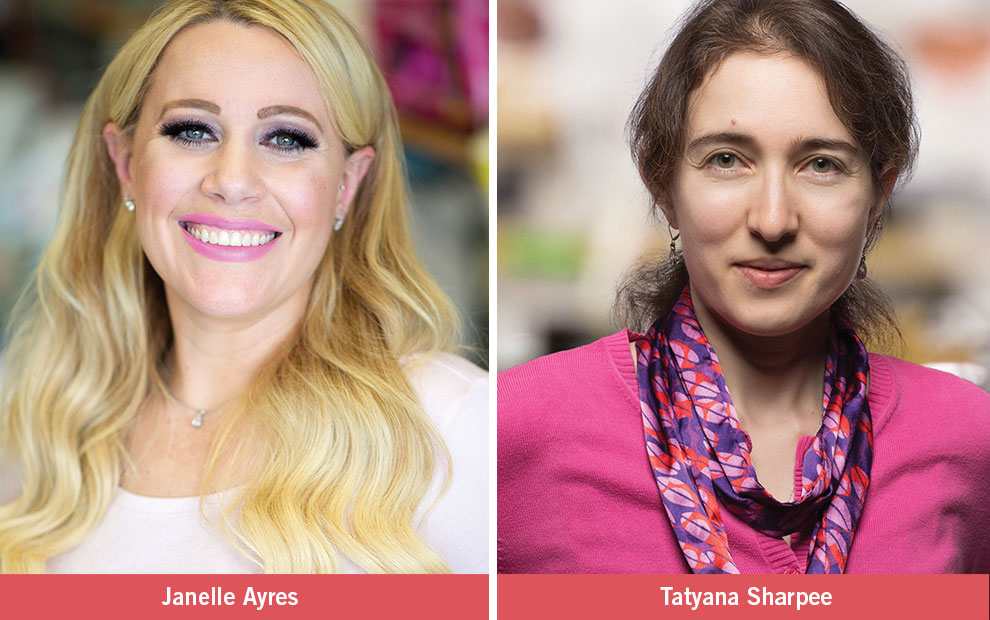 Janelle Ayres and Tatyana Sharpee were each promoted to the rank of full professor after the latest round of faculty reviews determined they are scientific leaders who have made original, innovative and notable contributions to biological research. The promotions were based on recommendations by Salk faculty and nonresident fellows and were approved by President Rusty Gage and the Institute’s Board of Trustees.

Janelle Ayres is a molecular and systems physiologist who uses evolutionary theory and microbes to understand how all of our physiological systems and our brains interact with each other to promote optimal health. Ayres, who is a professor and head of the Molecular and Systems Physiology Lab, as well as a professor in the Gene Expression Laboratory, member in the NOMIS Center for Immunobiology and Microbial Pathogenesis and holder of the Helen McLoraine Developmental Chair, studies how our physiologies are regulated by microbes. She seeks to understand how the mechanisms by which microbes promote health represent a relatively unexplored aspect of host-microbe interactions, and provide an opportunity to discover new, dynamic biological processes in health and disease. Her work has potential translational applications for treating a wide array of diseases, including infectious and inflammatory conditions, and for promoting healthy aging. She recently showed that giving dietary iron supplements to mice enabled them to survive a normally lethal bacterial infection and resulted in later generations of those bacteria being less virulent, thereby eliminating the risk of future infections.

In addition to being a Searle Scholar, Ayres has received a Ray Thomas Edwards Foundation award, a Blavatnik National Award for Young Scientists, a DARPA Young Faculty Award and, most recently, she received $3.5 million through a National Institutes of Health Pioneer Award, $1 million from the W.M. Keck Foundation and $1.8 million from the NOMIS Foundation for her novel research on host-microbe interactions and physiological health.

Tatyana Sharpee conducts her research as part of the Computational Neurobiology Laboratory, where her team focuses on understanding the basic principles of how our brains work and adapt to their environment. Through this, she hopes to find new ways for the diagnosis and treatments of neurologic and psychiatric disorders. Sharpee recently applied new mathematical methods to show that organizing odor molecules based on how often they occur together in nature reveals a coherent map in terms of our perception of odors. Additionally, the team uncovered ways that the brain parses patterned visual stimuli, such as natural scenes, and provided the theoretical framework for understanding how different cell types work together and divide various tasks among themselves.

Sharpee is a fellow of the American Physical Society, as well as a McKnight Scholar, a Sloan Scholar and a Searle Scholar. She is also a recipient of a National Science Foundation CAREER award. Last year, her group received a major international grant to study how the brain processes complex sounds, such as speech and music.