Next Gen Jared Smith: To boldly go where no one has gone before

Taking on The Big Five

Cancer is among the most difficult conditions to treat. Nearly 50 years after the United States declared a War on Cancer, it remains the second-leading killer after heart disease.

Few trustees have had a connection as intensely personal as new Board Chair Dan Lewis, who knows firsthand that cures, indeed, begin with Salk.

Smith is studying brain regions in the basal ganglia, which help govern how we both choose and implement specific actions. These regions are linked to schizophrenia, Parkinson’s disease and other conditions.

“We care because we are explorers and risk takers who have signed up for the hard work, the seemingly impossible tasks—because we know the rewards.” 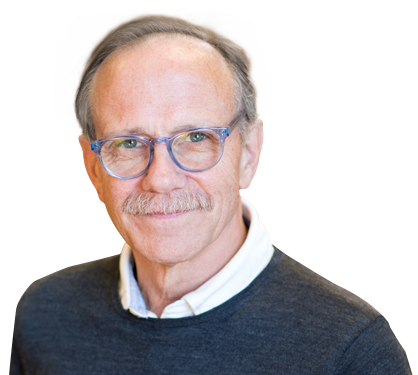 When the brain’s support cells aren’t so supportiveEarly in human development, neurons make a flurry of connections that are then pruned back to fine-tune the brain. Assistant Professor Nicola Allen and UC San Diego graduate student Matthew Boisvert discovered that genes that get switched on to sever these early connections between neurons are later activated again in support cells called astrocytes. Named for their star-shaped appearance, astrocytes make up one-third to one-half of all brain cells and are critical for neuronal function...See All

Salk scientists curb growth of cancer cells by blocking access to nutrientsResearch led by Satchidananda Panda, with first author Gabriele Sulli, showed how to curb cancer cell growth by blocking the cells’ access to nutrients. The key is the circadian cycle, the intrinsic clock that exists in all living things and helps control when individual cells produce and use nutrients. The team focused on REV-ERBα and REV-ERBβ, proteins that are part of the clock’s machinery and modulate cells’ ability to synthesize fats and recycle materials...See All

Self-defense for plantsWhen you see brown spots on otherwise healthy green leaves, you may be witnessing a plant’s immune response as it tries to keep a bacterial infection from spreading. Some plants are more resistant to such infections than others. To explore why, Salk scientists Joanne Chory and co–first authors Marco Bürger and Björn Willige studied a plant protein called SOBER1, which had previously been probed in relation to infection, and discovered that, counterintuitively, SOBER1 rendered plants less resistant to infection...See All

Salk scientists modify CRISPR to epigenetically treat diabetes, kidney disease, muscular dystrophyA research team led by Juan Carlos Izpisua Belmonte, and including co–first authors Hsin-Kai (Ken) Liao and Fumiyuki Hatanaka, developed a new version of the CRISPR/Cas9 gene-editing tool, allowing them to activate genes without creating DNA breaks. This breakthrough could circumvent a major hurdle to using gene editing in the treatment of human diseases. Most CRISPR/Cas9 systems create double-stranded DNA breaks, but many researchers are opposed to creating these breaks in humans because they can cause additional health problems.See All

Multifunctional protein contributes to blood cell developmentResearchers in Martin Hetzer’s lab found a previously unknown role for a protein called nup98. In addition to helping control how certain molecules move in and out of a cell’s nucleus, nup98 helps direct the development of blood cells, enabling immature blood stem cells to differentiate into mature cell types. The team described their discovery in the December 21, 2017, issue of Genes & Development. Hetzer, first author Tobias Franks and collaborators found that when perturbed, this differentiation process can contribute to certain leukemias, making nup98 a potential target for new cancer therapies.See All

Immune cell policing offers insights into cancer, autoimmune diseaseIn the bustling setting of the cell, proteins encounter each other by the thousands. Despite the hubbub, each one manages to selectively interact with just the right partners thanks to specific contact regions on its surface. However, these regions have remained far more mysterious than might be expected, especially given decades of research into protein structure and function. Salk Professor Vicki Lundblad and co–first authors John Lubin and Timothy Tucey, now at Monash University, developed a new method to discover which surface contacts on proteins are critical for these cellular interactions...See All

Revealing the best-kept secrets of proteins

In the bustling setting of the cell, proteins encounter each other by the thousands. Despite the hubbub, each one manages to selectively interact with just the right partners thanks to specific contact regions on its surface. However, these regions have remained far more mysterious than might be expected, especially given decades of research into protein structure and function. Salk Professor Vicki Lundblad and co–first authors John Lubin and Timothy Tucey, now at Monash University, developed a new method to discover  which surface contacts on proteins are critical for these cellular interactions. Their approach shows that essential new functions can be uncovered even for well-studied proteins, and has significant implications for therapeutic drug development, which depends heavily on how drugs physically interact with their cellular targets. The paper appeared in the early-access online version of Genetics on November 29, 2017. 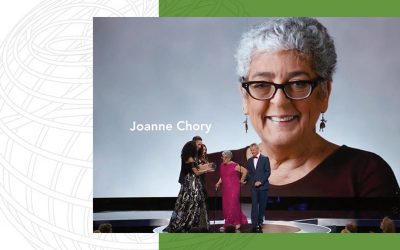 Created in 2013 by Silicon Valley luminaries Sergey Brin and Anne Wojcicki, Mark Zuckerberg and Priscilla Chan, and Yuri and Julia Milner, this prestigious award honors top scientists for their achievements in the life sciences, physics and mathematics. Chory, professor and director of the Plant Molecular and Cellular Biology Laboratory, received the $3 million prize […] 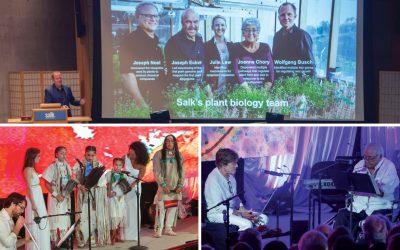 The Way of the Rain

On November 17, science and art joined forces as environmental artist Sibylle Szaggars Redford gave a Salk audience a sneak peek of her new project: The Way of the Rain – Voices of Hope. The event supported Salk’s Harnessing Plants Initiative, an ambitious effort to develop plants that can help reduce greenhouse gases and restore […] 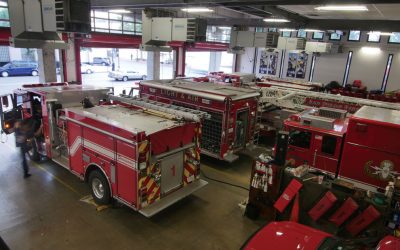 The lab of Salk Professor Satchidananda Panda and UC San Diego School of Medicine researchers have been awarded a $1.5 million grant by the Department of Homeland Security for a three-year study to see whether restricting food intake to a 10-hour window can improve the health of firefighters, who are at high risk for many […] 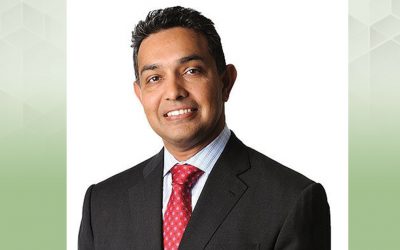 Salk Trustee and Globalfoundries Inc. CEO Sanjay Jha was nominated to the National Academy of Engineering “for leadership in the design and development of semiconductor technology enabling universal digital access.” Prior to joining Globalfoundries, Jha served as chairman and CEO of Motorola Mobility, which was spun out as an independent public company from Motorola Inc. […]
View All 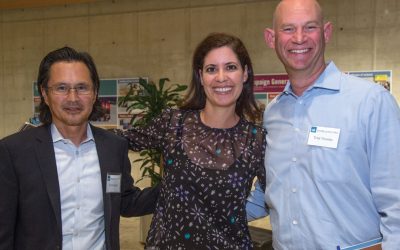 Assistant Professor Eiman Azim and neurosurgeon Sharona Ben-Heim, a visiting scientist from UC San Diego, spoke about the neurological basis of movement at the Salkexcellerators‘ spring forum in February. At the fall forum in October, Associate Professor Wolfgang Busch spoke about his research on root growth. 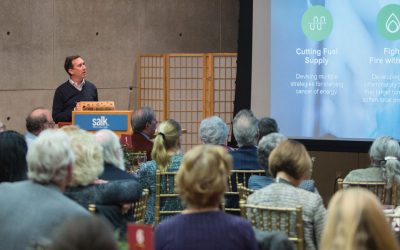 Professor and Director of the Salk Cancer Center Reuben Shaw addressed the President’s Club at its annual holiday luncheon on November 29, speaking about the science behind Salk’s plan to defeat five deadly cancers. Contributions at the President’s Club level are allocated to the areas of greatest need and make it possible to recruit and […] 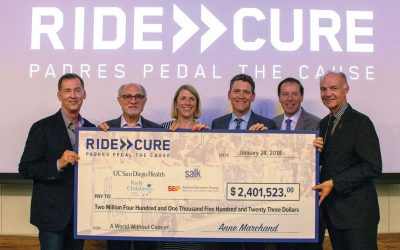 Twenty-six intrepid cyclists from Team Salk Cancer Center participated in the annual Padres Pedal the Cause fundraiser on November 11–12, which raised $2.4 million for cancer research—the most attained in the event’s five-year history. The funds will be shared with three other local cancer research centers. 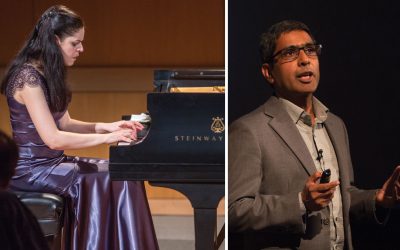 The fifth season of the popular Salk Science and Music Series continued on December 3 and February 4 with classical performances accompanied by talks from Salk scientists Satchidananda Panda and Tatyana Sharpee, respectively. The season concluded on April 8 with a piano concert by Zlata Chochieva and a talk by Assistant Professor Edward Stites.
View All