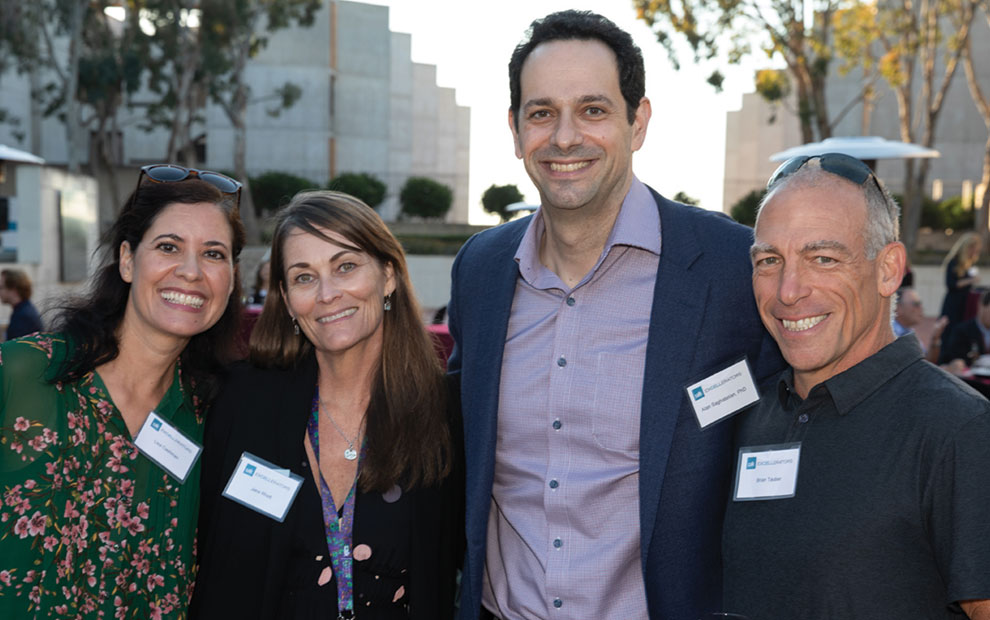 On October 27, 2021, Professor Alan Saghatelian and Postdoctoral Researcher and 2021 Salkexcellerators Fellow Jacob Tremblay shared highlights from their labs with the Salkexcellerators group in an outdoor mixer. Salkexcellerators are the next generation of community members who support scientific discovery at Salk and engage with scientists through a full schedule of activities. 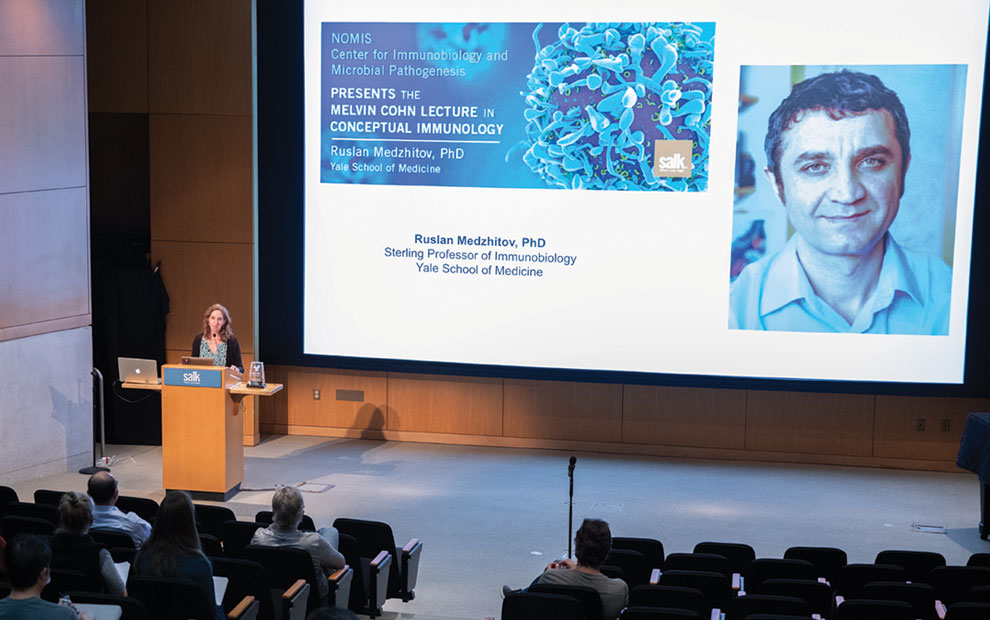 On November 17, 2021, pioneering scientist Ruslan Medzhitov led a thought-provoking lecture on conceptual immunology. Medzhitov is a Sterling Professor of Immunobiology at the Yale School of Medicine. He has made multiple seminal discoveries in the fields of inflammation and immunobiology. A reception was held after the lecture in the Red Brick Courtyard.

Power of Science: Impact of Salk Science on Humanity 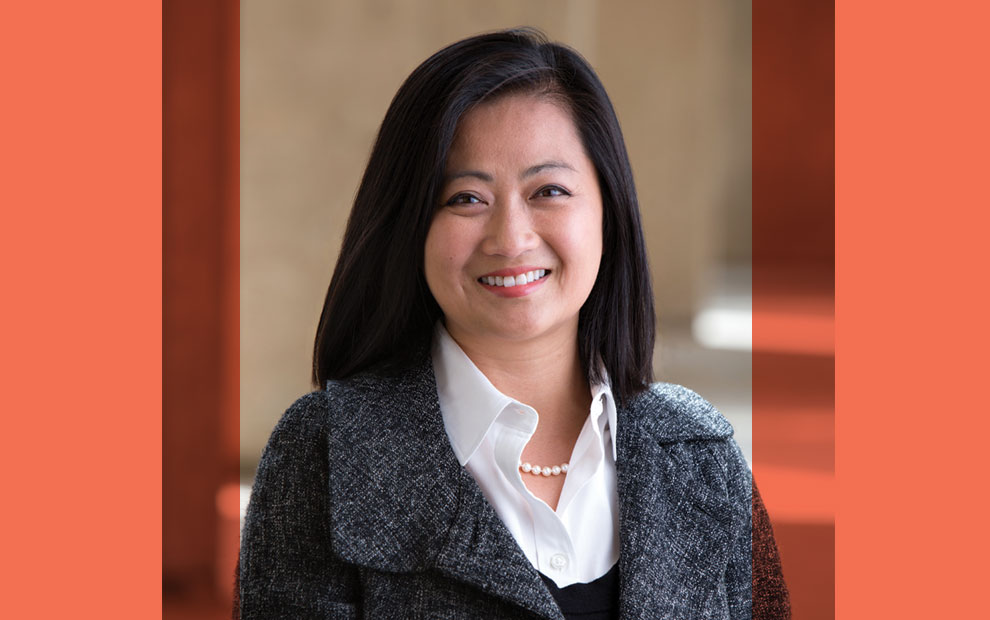 On December 8, 2021, Ha Nguyen, senior director of the Office of Technology Development, highlighted the past and present successes of translating Salk’s scientific discoveries into technologies and interventions that prevent, treat or mitigate some of our most difficult health challenges, to benefit humankind. See The Power of Science at salk.edu. 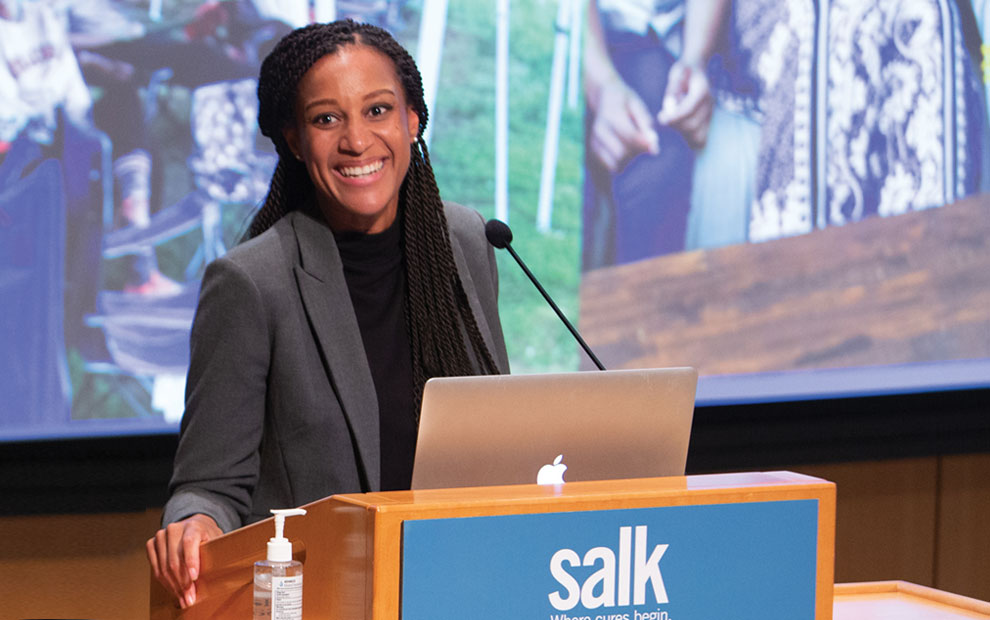 On December 1, 2021, Salk Women & Science celebrated its 10-year anniversary of engaging women in the community with leaders in biological science and technology.

This year’s event was held in honor of Swati Tyagi, a postdoctoral researcher in the Hetzer lab who was tragically killed in June 2021. A Women & Science endowed fund has been established in her name.

In addition, the Salk Women & Science Special Awards were presented. Every year, the awards provide crucial support to graduate students and postdoctoral researchers to pursue high-risk, high-reward research in stages too early to attract traditional funding. The awards support future scientific leaders who will also actively encourage women and girls in science. 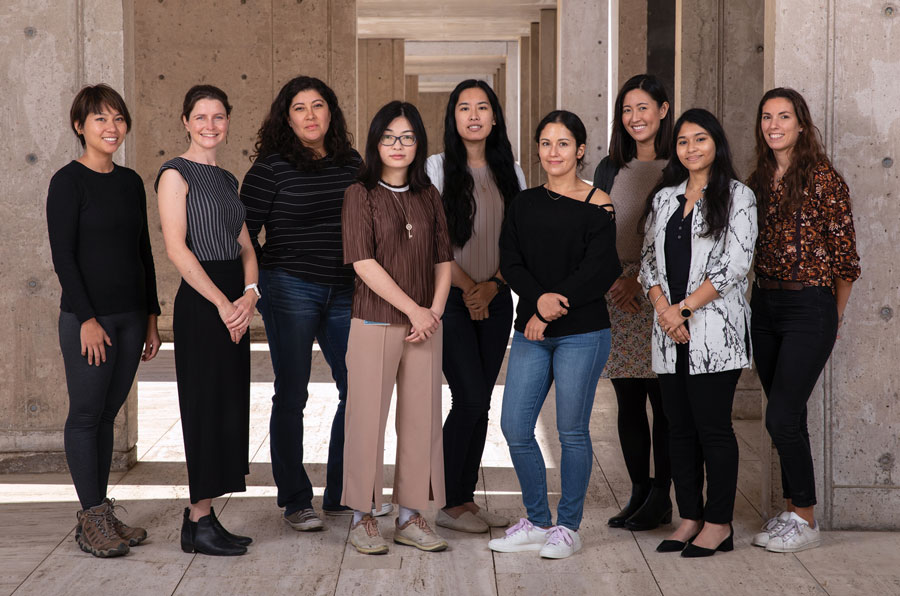 Awardees pictured above starting from left.

Nuttida Rungratsameetaweemana
Sejnowski Lab
Determine how neurons work together to take in sensory information and form a schema—a conceptual picture of a task or environment, which can help shape future learning

Suzanne Dufresne
Towers Lab
Investigate how cancer cells can survive and bypass the deletion of autophagy—the way cells remove and recycle their “junk”—in animal models, and how we might treat it