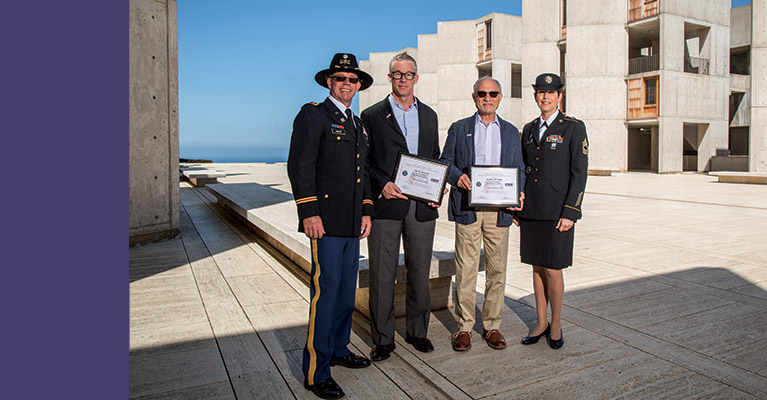 Salk faculty Geoffrey Wahl and John Reynolds received a Patriotic Employer award in recognition of their support of Salk research administrative assistant Sally Ganley’s service in the United States Army Reserve. As a reservist, Ganley, who works in the labs of both Wahl and Reynolds, attends a Battle Assembly one weekend a month and annual training. Lt. Col. Bob Sulier of the Army Reserve thanked both professors and lab colleagues for supporting Ganley’s military service.