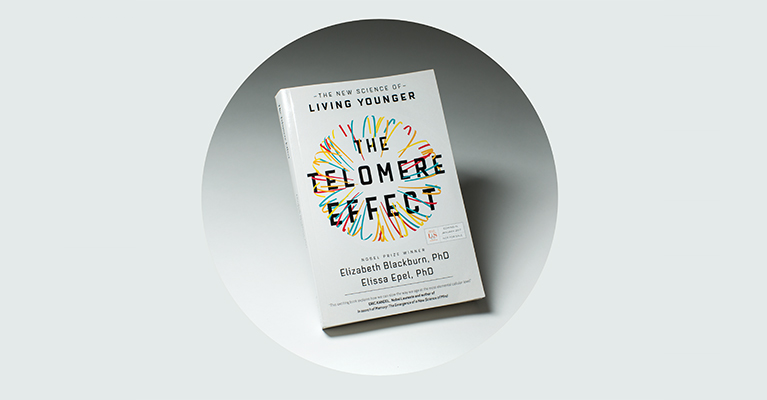 Salk President Elizabeth Blackburn‘s new book, The Telomere Effect, will hit bookshelves in early 2017. Co-authored with Elissa Epel, health psychologist and founder and director of UCSF’s Center on Obesity Assessment, Study, and Treatment, the book features Blackburn’s work on telomeres, telomerase, and their role in the aging process, as well as specific lifestyle habits to protect them and slow down disease. 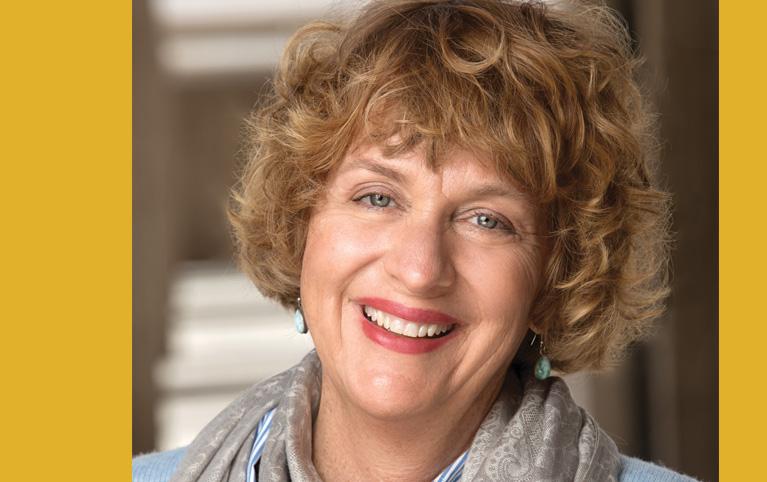 When neurobiologist Ellen Potter launched Salk’s Mobile Science Lab in 1996 in conjunction with the County Office Of Education, her mission was clear: Use state-of-the-art laboratory activities to show San Diego’s middle schoolers that science is understandable, it can be a career, and above all, it’s fun.

Potter retires this month after 38 years at the Salk Institute. She leaves a rich tradition of educating and exciting the next generation of scientists, having provided thousands of students with the knowledge and skills needed to pursue basic research, as well as unparalleled exposure to Salk’s world-class faculty.

“Ellen’s exceptional dedication to education has left its mark at Salk and in the wider community,” says Salk President Elizabeth Blackburn. “Countless students and members of the public have discovered a love and appreciation of science thanks to Ellen’s verve, infectious enthusiasm and highly effective efforts.”

Under the direction of Potter and Co-Director Dona Mapston, the Education Outreach department has grown to offer several signature programs that expose students to genetics and biotechnology, including the March of Dimes High School Science Day and the eight-week Heithoff-Brody Scholars Program for high school students every summer. Last year, Salk invited 300 girls from the San Diego Unified School District for a “Women in Biotech” presentation as part of a STEAM Leadership Series, and in 2014, Education Outreach developed SciChats—Skype tours and talks between researchers and students—as well as video curriculum for teachers. “Ellen made it possible for Salk scientists like me to learn how to share what we do with the broader world,” says Abby Buchwalter, a staff scientist in Martin Hetzer‘s lab and an Education Outreach volunteer. “I have always admired the passion that drove her to start Education Outreach. The outreach community that she built has greatly enriched my training period here—a sentiment I’m sure many other past and present Salk scientists share.”

In recognition of Potter’s efforts to enhance K-12 science education in San Diego, the inaugural “Research Connections for Teachers Symposium” held at Salk this fall was named in her honor. The symposium for middle and high school teachers featured Salk scientists describing the latest trends in biological research on topics including cancer, diabetes and epigenetics. “Bringing techniques like DNA extraction, gel labs and fruit fly phenotyping to my students through Salk’s Education Outreach program is absolutely amazing and could not be more relevant to the world we live in,” says James King, a science teacher at Monroe Clark Middle School in San Diego.

Other accolades for Potter’s work have been the 2009 Partnership Award by the San Diego Science Alliance and the San Diego Unified School District’s 20-year Partner in Education award in 2012. “Ellen has been an inspiration and driving force behind our Education Outreach program,” says Walter Eckhart, professor emeritus in Salk’s Molecular and Cell Biology Laboratory. “Her enthusiasm and dedication touched the lives of many young people.”

Her collaborative spirit extends to other institutions throughout San Diego, including UCSD’s Biobridge program, The Scripps Research Institute, Birch Aquarium and the San Diego County Office of Education. She serves on the Educational Steering Committee for BIOCOM, a life science industry association representing more than 500 members.

A native of La Cañada Flintridge, California, Potter studied biology at the University of California, San Diego before joining the Salk Institute in 1978 as a research assistant in the Regulatory Biology lab, and in 1991 received her PhD in pharmacology from UCSD under the mentorship of Wylie Vale. She is married to Salk Professor Ronald Evans of the Gene Expression Laboratory and they have a daughter, Lena. 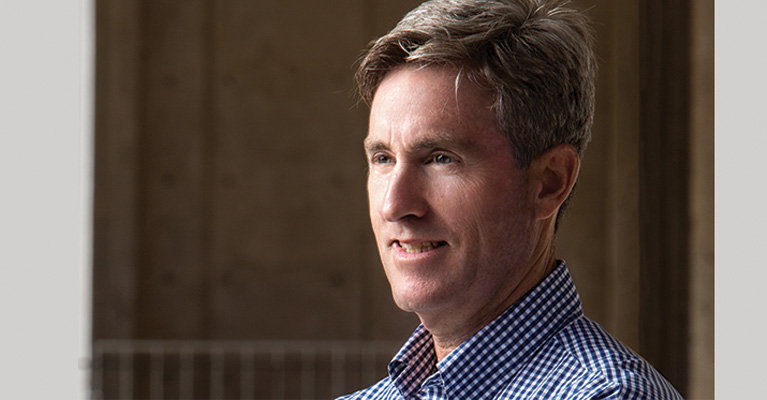 Eric Sagerman, a strategic advisor with broad financial, technology and health care experience, joined the Salk Institute Board of Trustees in August. A former CEO and president of the medical records company Universata, Sagerman served as a managing director and Head of Strategy and Strategic Marketing for Allianz Global Investors after spending 16 years with American Express in a number of marketing and business management posts, both domestically and internationally. As senior vice president, he was involved in many growth and restructuring initiatives, including launching the Global Network Services business, the Corporate Card business and the Centurion “Black” Card. Sagerman currently serves on the board of Teach for America, San Diego, and is a member of the Salk Institute Investment Committee. He earned a BA in economics from Tufts University and an MBA from the Amos Tuck School, Dartmouth College. He and his wife, Jane, live in La Jolla. 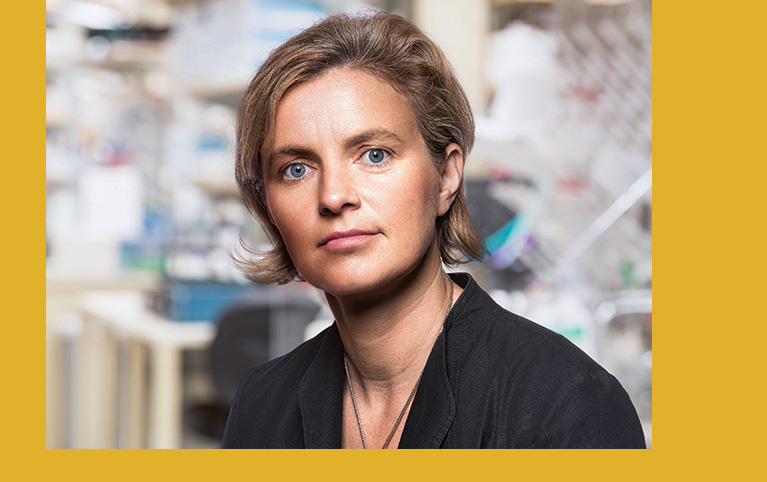 Clodagh O’Shea, an associate professor in the Salk Institute’s Molecular and Cell Biology Laboratory, is among the first recipients of a grant from the Faculty Scholars Program, a new partnership of Howard Hughes Medical Institute (HHMI), the Bill & Melinda Gates Foundation and the Simons Foundation for early career researchers whose work shows the potential for groundbreaking contributions in their fields. O’Shea is one of 84 Faculty Scholars who will receive $100,000–$400,000 per year over five years to support their pursuit of innovative research. The grant will support her cutting-edge technologies to design synthetic viruses and other genetic devices that are able to selectively target cancer cells. 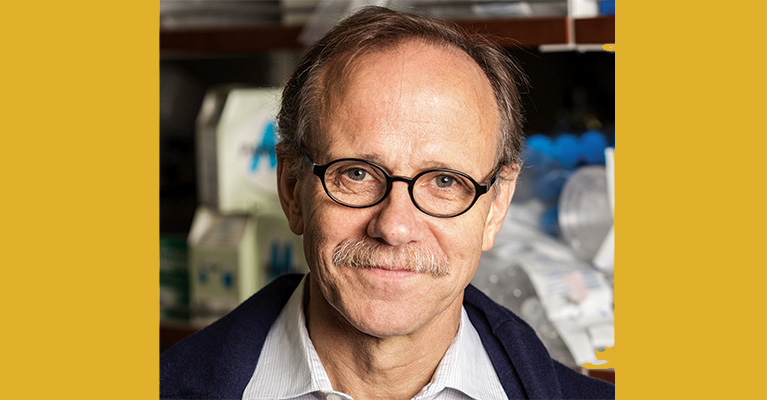 Rusty Gage, a professor in the Laboratory of Genetics and holder of the Vi and John Adler Chair for Research on Age-Related Neurodegenerative Disease, along with Johns Hopkins researchers, is spearheading a multi-institutional effort to develop new ways of studying and screening drugs for schizophrenia and bipolar disorder. The consortium, which is funded by the National Institute of Mental Health, will use samples from patients to improve upon induced pluripotent stem cell technology and observe how specific types of brain cells are affected by the diseases and how they respond to drug candidates. 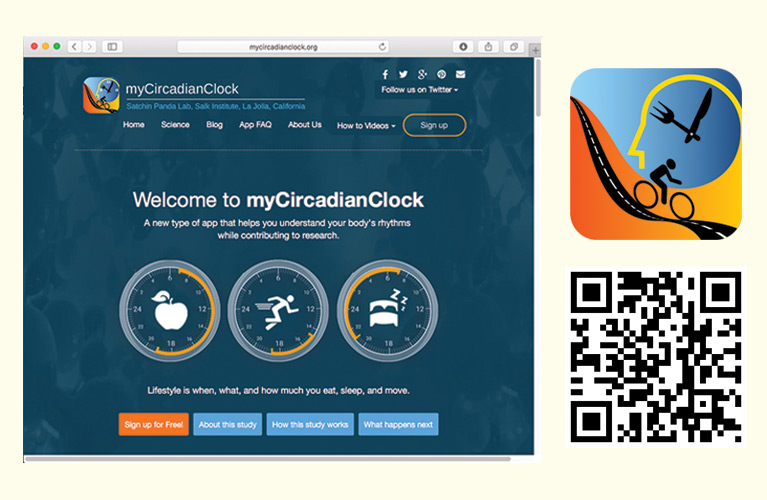 Satchidananda Panda, a professor in the Regulatory Biology Laboratory, has created a new smartphone app to get an understanding of when, what, and how much we eat, sleep, and move. With enough subjects, he hopes to test the benefits of time-restricted feeding under different conditions of sleep, activity, and disease. Download it with the QR code or explore it at mycircadianclock.org.

According to a new report by Nature Publishing Group, the Salk Institute ranks as one of the leading scientific “stars” in North America with high-quality output that has grown particularly fast. The data use a series of metrics to evaluate over 8,000 scientific institutions across the globe. The index, designed to be a tool for assessing research performance, charts which countries and institutions are the most efficient at producing high-quality results based on publications in top-tier journals. The Salk Institute is listed among the top 25 institutions in all of North America in the “Regional Stars” section of the index. 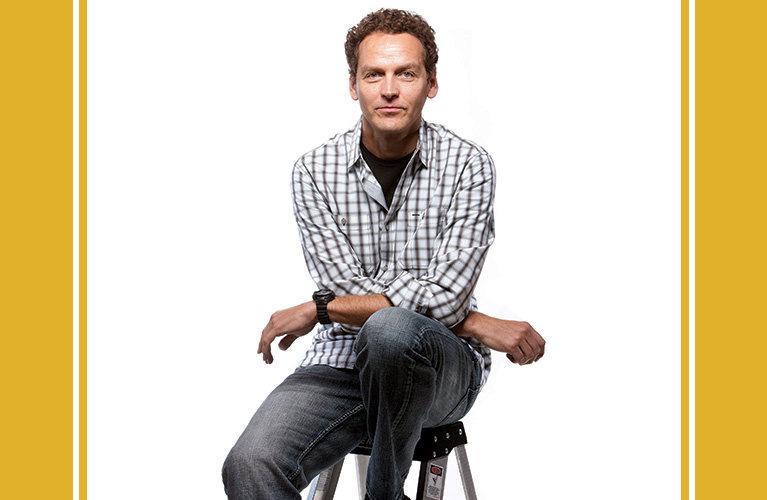 The Board of Trustees approved the appointment of Martin Hetzer, a professor in the Molecular and Cell Biology Laboratory and holder of the Jesse and Caryl Philips Foundation Chair, to the position of Vice President and Chief Science Officer (VP-CSO). Under the direction of the Institute president, and in conjunction with the Research Advisory Committee (RAC), Hetzer will provide leadership in developing and implementing Salk’s overall scientific strategy, as well as overseeing research operations in support of this strategy. He will continue to serve as principle investigator of his lab.