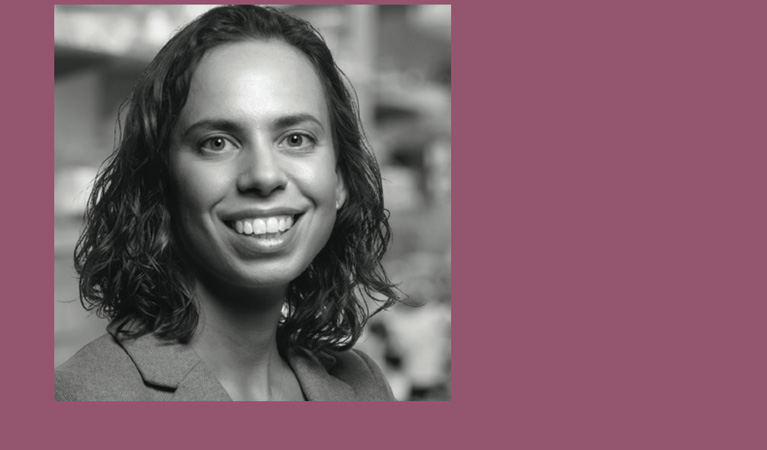 Assistant Professor Diana Hargreaves has received a V Scholar Grant from the V Foundation for Cancer Research, which will provide $100,000 per year for two years to support her investigation of gene mutations in ovarian cancer with the ultimate goal of finding new strategies to combat the disease. 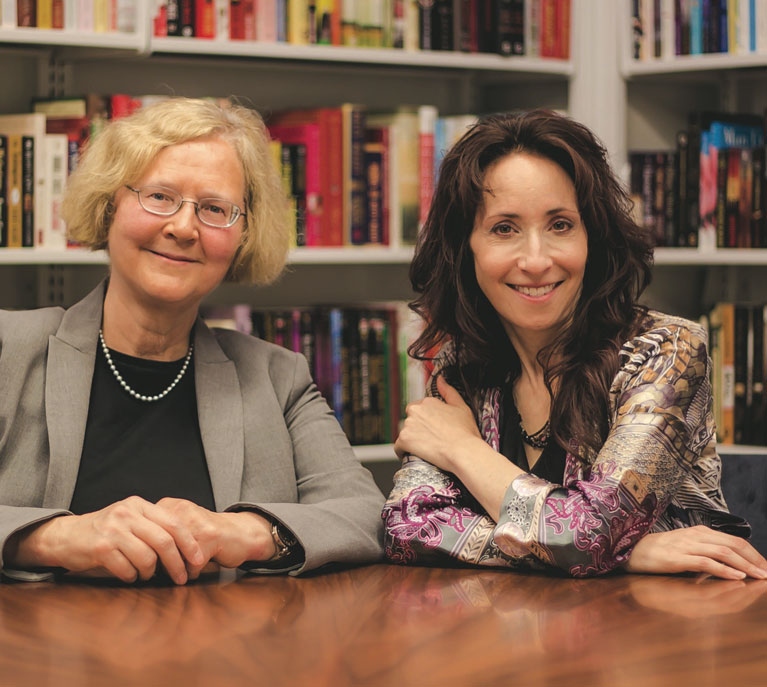 In their new book for greater health throughout our lives, Salk President and Nobel Laureate Elizabeth Blackburn and health psychologist Elissa Epel explain an important aspect of the aging process in humans at a fundamental level. Based on this science, they share the changes people can make to their daily habits that will keep them vital and disease-free.

Released in early January, The Telomere Effect: A Revolutionary Approach to Living Younger, Healthier, Longer made The New York Times Best Sellers list three weeks later. Their road map explaining the science of aging and habits to live well ranked #15 in the nonfiction hardcover category and #13 for e-Books nonfiction.

The book outlines how the length and maintenance of one’s telomeres provide a biological basis for bettering health, and includes information on how sleep, exercise, diet and even social connections profoundly affect telomeres and how chronic stress can eat away at them. Included are lists of which foods are healthy for telomeres; how aging begins in utero; information about protecting sleep and tips for exercising; and the impact of stress and ways to manage it.

Order the book on Amazon.com.

A decade ago, Doug Jacobs was much like any other junior at La Costa Canyon High School—thinking about which colleges to apply to and what he wanted to study. Today, the internal medicine resident physician and health policy researcher at Brigham and Women’s Hospital in Boston credits his career in part to the Salk Institute’s High School Scholars program.

“In many ways, the program jumpstarted my interest in science and medicine,” says Jacobs, who landed a spot in Ronald Evans’ lab over the summer of 2006 to research proteins related to HDL cholesterol. “I hadn’t gotten my hands dirty in the science world yet. It’s one of the few programs that gets students into the lab doing work.”

For more than 40 years, the intensive eight-week High School Scholars program has given students that rare hands-on bench research experience in a Salk lab under the tutelage of a faculty member. The scholars maintain laboratory notebooks, formulate and test hypotheses and prepare experiments, concluding their summer with a presentation of their findings before mentors, lab colleagues and families.

“I not only saw how scientists approach biological questions in the lab, but I actually got to participate in the research and acquire technical and analytical skills that helped me in both my undergraduate studies at UC Berkeley and graduate research in Roger Tsien’s lab at UCSD,” says Palida. “My experiences through the summer program and the people I interacted with, including Dr. Chory and my postdoc mentors Greg Vert and Jesse Woodson, were altogether invaluable to my development as a scientist.”

In 2014, the program was renamed the Heithoff-Brody Scholars Program for Salk supporter Ken Heithoff and former Institute president William Brody. Heithoff was inspired to make a generous gift to Salk’s Education Outreach program after seeing the mentorship his grandson Cameron received as a scholar for two consecutive summers in the labs of Jan Karlseder and Samuel Pfaff.

“I can’t tell you how important mentors were in my own background,” says Heithoff, a physician. “In the Salk Institute, I see an opportunity for really strong, scientifically-minded kids to become the next generation of Nobel laureates. Those are the people who change history and that’s why I want to give that experience to more kids.”

Mentorship is one of the best memories Stephanie See has of her 2006 High School Scholars summer. Now a third year graduate student in the Chemistry and Chemical Biology PhD program at UC San Francisco, See focuses on the molecular mechanisms that control the spread of aggregating proteins in models of neurodegeneration.

“My interest in neuroscience began in Rusty Gage’s lab,” says See. “I was mentored by postdoctoral fellows who taught me the foundations of the scientific method and instilled the technical rigor and mental perseverance that would become valuable at every step of my scientific journey. I’m so grateful to these mentors and the High School Scholars Program for helping me explore interests that have since grown into a job and career I love.” 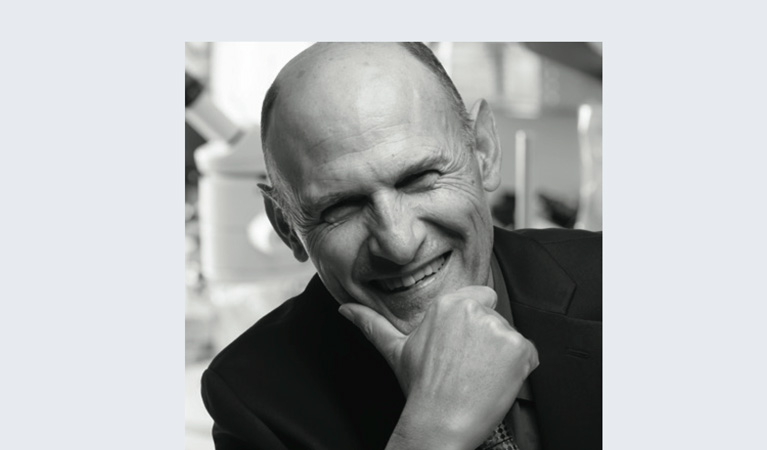 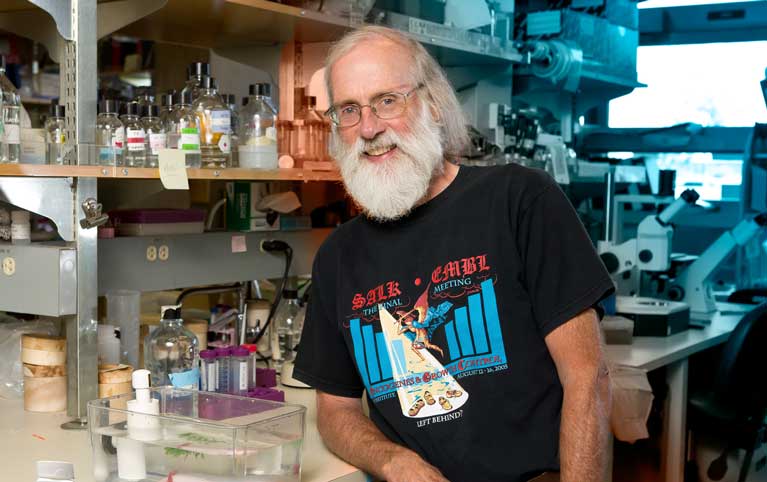 Salk Professor Tony Hunter, who holds an American Cancer Society Professorship, has been awarded $500,000 as part of the $1 million Royal Swedish Academy of Sciences’ inaugural Sjöberg Prize for Cancer Research for “groundbreaking studies of cellular processes that have led to the development of new and effective cancer drugs.” The prize ceremony, which is modeled after the Nobel Prize ceremony, was held in Stockholm during the Academy’s annual meeting on March 31, 2017, in the presence of His Majesty the King and Her Majesty the Queen of Sweden.

Hunter studied how normal cells become tumor cells, demonstrating that a special process was necessary: tyrosine phosphorylation of proteins. His discovery led to the development of a new type of cancer pharmaceutical, tyrosine kinase inhibitors. These have revolutionized the treatment of chronic myeloid leukemia and also are of great benefit in several other forms of cancer. Hunter’s work has led to a complete catalogue of the 90 human genes that encode tyrosine kinases, over half of which have become targets for the development of drugs to treat cancer and other human diseases. Currently, 26 tyrosine kinase inhibitors are FDA approved for human therapy, with many more in clinical trials.

The annual prize, which includes $100,000 as a personal award and $900,000 designated as a grant for future research, is shared equally by the awardees. Hunter shares the honor with immunologist James P. Allison of the University of Texas MD Anderson Cancer Center. 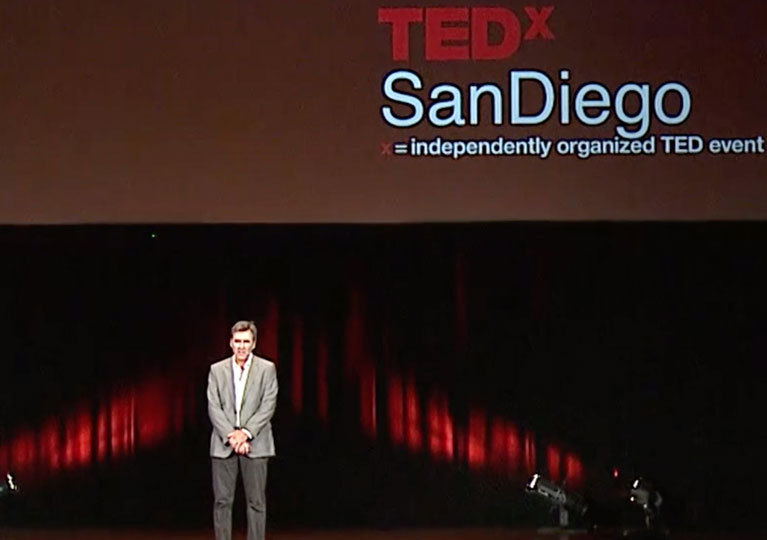 Salk faculty Janelle Ayres and Thomas Albright spoke about their research at the seventh annual TEDxSanDiego in October at Copley Symphony Hall. Albright discussed how eyewitness testimony is undermined by uncertainty, bias and overconfidence and Ayres shared her research on the microbiome, the trillions of good bacteria living in our bodies, and how this community of bacteria could help tackle infectious diseases and antibiotic resistance.

The Salk Institute has received a $25 million grant—a renewal of the largest research gift in the Institute’s 56-year history—to expand its effort to decipher the role chronic inflammation plays in driving human disease.

Announced in November, the grant from The Leona M. and Harry B. Helmsley Charitable Trust extends the historic $42 million Helmsley gift made to Salk in 2013. That gift established the Helmsley Center for Genomic Medicine, which enables Salk’s leading scientists to delve into the genetic underpinnings of some of humankind’s most devastating afflictions, and paves the way to new therapies for chronic illnesses, including cancer, diabetes, inflammatory bowel disease and Alzheimer’s disease.

A central theme of this program is that chronic inflammation lies at the root of most of the health problems in the world today. The Helmsley grant is designed to promote collaborative interdisciplinary research that will yield new diagnostic tools, therapeutics and preventive measures for a broad range of disorders. Amazing discoveries in diabetes, neuroscience and cancer have already been made since the original grant three years ago, resulting in two clinical trials.

With support from the historic Helmsley grant, the Salk Institute launched its successful Salk Fellows program in 2014. To date, the program has brought three scientists from broad disciplines to the Institute to trigger innovation and collaboration in single- particle cryo-electron microscopy, three-dimensional genomic organization and the gene editing technology known as CRISPR. The Helmsley-Salk Fellows have each garnered a prestigious Director’s Early Independence Award from the National Institutes of Health.

In 2009, the Helmsley Trust awarded its first grant to Salk, $5.5 million to establish the Salk Center for Nutritional Genomics to study nutrition at the molecular level and its impact on the role of metabolism in diabetes, obesity, cancer, exercise physiology and lifespan. Helmsley gave additional support with a $15 million grant in 2010 to create a collaborative stem cell project involving Salk and Columbia University. The success of the first two grants led to the establishment of the Center for Genomic Medicine.

Gerald Joyce, recognized as a pioneer in the field of in vitro evolution, has joined the Salk Institute as a professor in the Jack H. Skirball Center for Chemical Biology and Proteomics. Joyce uses biochemical techniques to explore the potential of RNA to serve as a catalyst in critical reactions and has devised molecules whose function is to disrupt disease-related pathways. Joyce designed the first and several subsequent examples of DNA enzymes, some of which are now in human clinical trials for the treatment of cancer, asthma and skin diseases.

Wolfgang Busch joined the Institute as an associate professor in the Plant Molecular and Cellular Biology Laboratory. Busch uses a systems genetics approach— which combines techniques from genetics, genomics and other science fields—to understand how root growth
in given environments is determined by a plant’s genes. Discoveries in this area could reveal critical insight into growing plants (and food) that can thrive in more extreme environments prompted by climate change, such as drought.

Busch comes to Salk from the Gregor Mendel Institute of Molecular Plant Biology, and is a recipient of the Society for Experimental Biology President’s Medal. He earned his degrees in biology from the University of Tubingen, in Germany.

Edward Stites, a physician-scientist who studies key cellular proteins that usher signals into the cell nucleus from outside the cell, joins the Salk Institute as an assistant professor in the Integrative Biology Laboratory. By using both traditional experimental and computational techniques, Stites aims to develop a new generation of precision therapies that can better target cancers.

Prior to joining Salk, Stites was a clinical pathology resident in the Physician Scientist Training Program at Washington University in St. Louis, Missouri. He received both his MD and PhD degrees from the University of Virginia in Charlottesville, obtaining his doctorate in biophysics as part of the Medical Scientist Training Program. His research was recognized with the University of Virginia’s Michael J. Peach award. 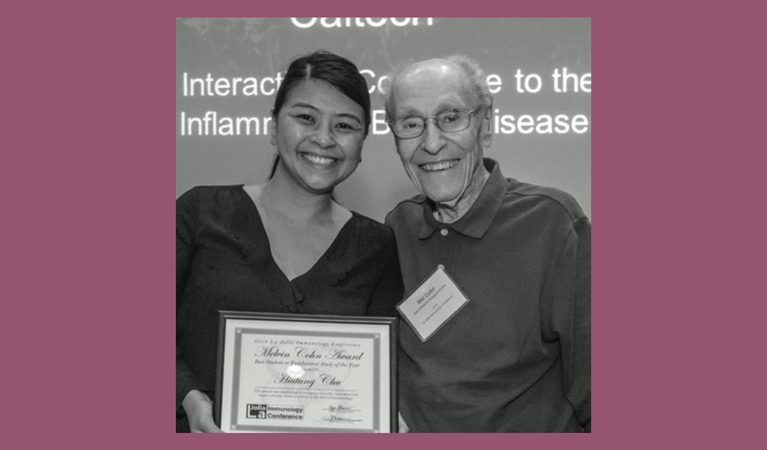 The first Melvin Cohn Award for Best PhD/Postdoc Study was awarded last fall to Hiutung Chu, a postdoctoral researcher from the California Institute of Technology. Named for Cohn, a founding fellow of the Salk Institute and professor emeritus who conducted pioneering studies on the immune system, the award was established to recognize scientific innovation and impact of early career scientists, specifically graduate students and postdoctoral researchers. 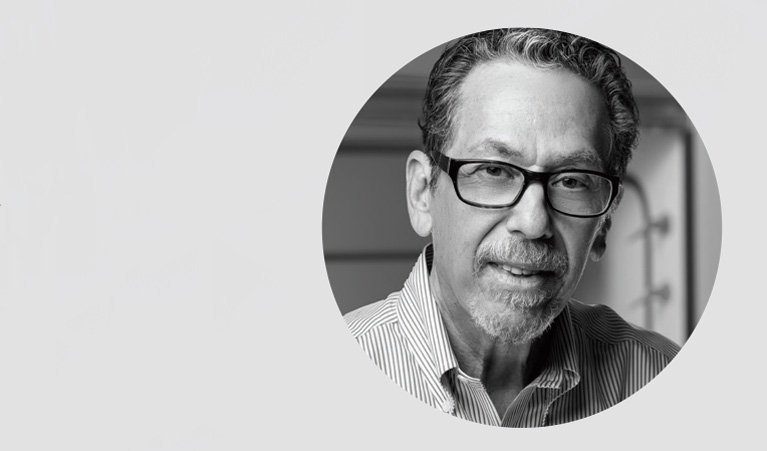 Ronald Evans, Salk professor and director of the Gene Expression Laboratory, is one of 175 leaders in academic invention to become inducted into the National Academy of Inventors (NAI) in 2016 for having demonstrated a “prolific spirit of innovation in creating or facilitating outstanding inventions that have made a tangible impact on quality of life, economic development, and welfare of society.” 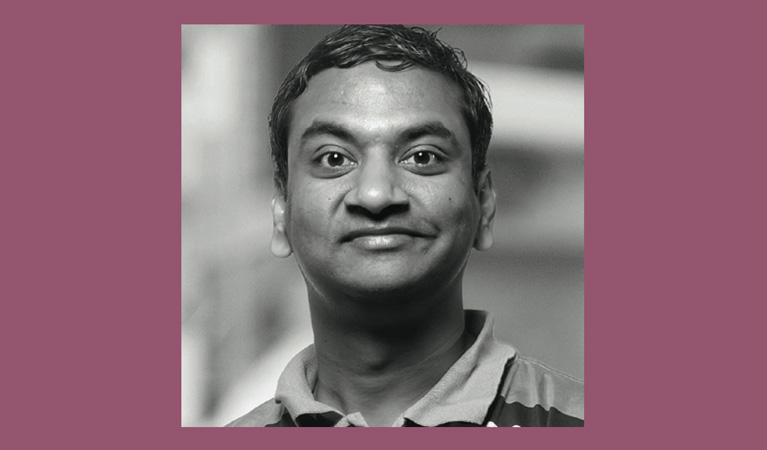 Salk Associate Professor Sreekanth Chalasani will receive over $1 million for the first year of NIH’s Brain Research through Advancing Innovative Neurotechnologies (BRAIN) Initiative award to expand his technology to selectively activate brain, heart, muscle and other cells using ultrasonic waves, which has the potential for applications in neuroscience research and medicine. 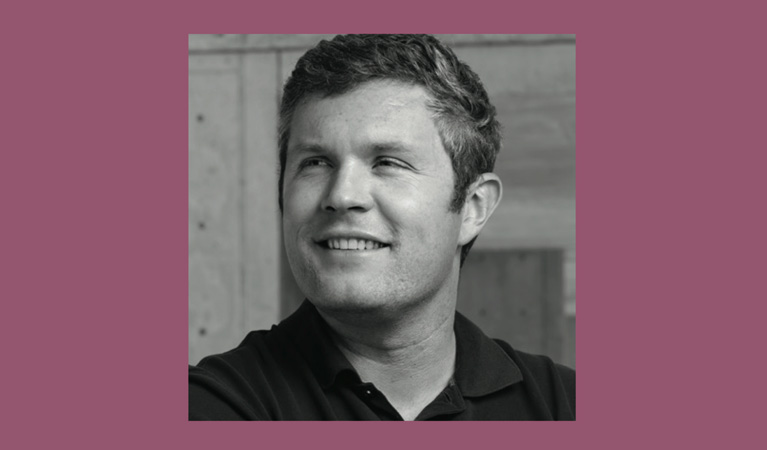 Helmsley-Salk Fellow Jesse Dixon is among 16 scientists nationwide to receive the prestigious young career award of $1.25 million over 5 years from the NIH to explore how the genome folds into 3D configurations and the implications for human disease and health.