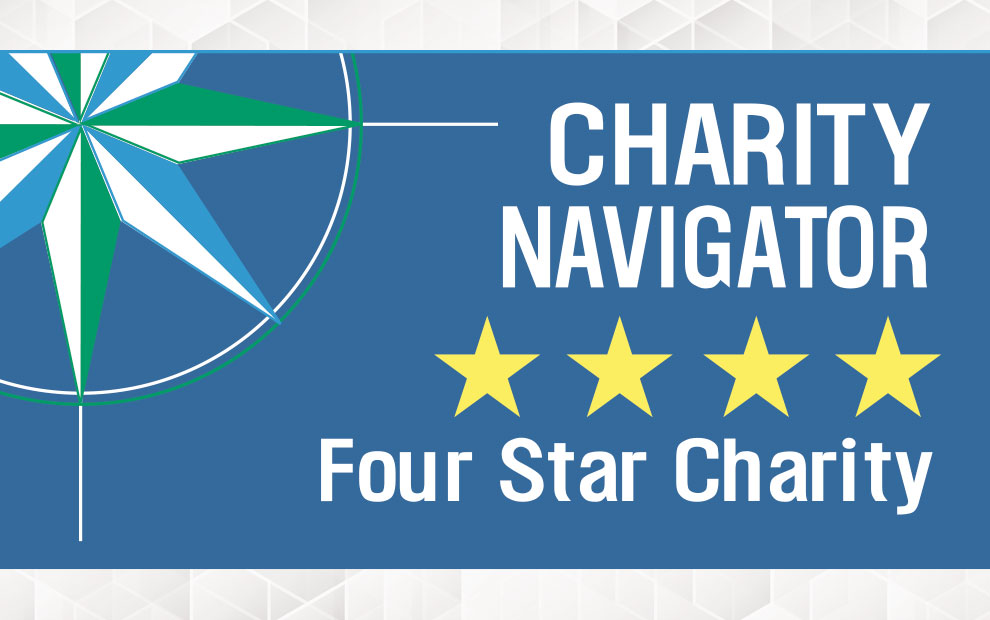 For the ninth consecutive time, the Salk Institute has earned the highest ranking—4 out of 4 stars—from Charity Navigator, America’s largest independent charity and nonprofit evaluator. Only three percent of the roughly 10,000 nonprofits evaluated have achieved this recognition nine consecutive times. The coveted ranking indicates the Salk Institute outperforms most other charities in America in regard to executing best fiscal practices and carrying out its mission in a financially responsible way.

“We are grateful for the faithful generosity of our donors and this recognition as we continue to pursue answers to challenging questions in cancer, neuroscience, genetics, immunology, aging, plant biology and more,” says Salk Institute President Rusty Gage. “We simply could not make the life-changing discoveries Salk is known for without our supporters.”

Charity Navigator’s data-driven analysis of the 1.5 million American charities has been covered by Forbes, Business Week and others for providing donors with a way to recognize nonprofits that provide greater accountability, transparency and concrete results.

“Our donors supported Salk science in record fashion the past fiscal year, and I believe one of the significant reasons for that is the confidence they have in the Institute’s stewardship,” says Rebecca Newman, Salk’s vice president of External Relations. “We are honored to be included in such elite company.”

The Institute continues to make bold progress in pursuing ambitious solutions to the difficult challenges facing humanity, including climate change, aging and cancer.

Since 2002, Charity Navigator has used objective analysis to award only the most fiscally responsible organizations a 4-star rating: only a quarter of charities rated receive this distinction. In 2011, Charity Navigator added 17 metrics, focused on governance and ethical practices as well as measures of openness, to its ratings methodology. These accountability and transparency metrics, which account for 50 percent of a charity’s overall rating, reveal which charities operate in accordance with industry best practices and whether they are open with their donors and stakeholders. 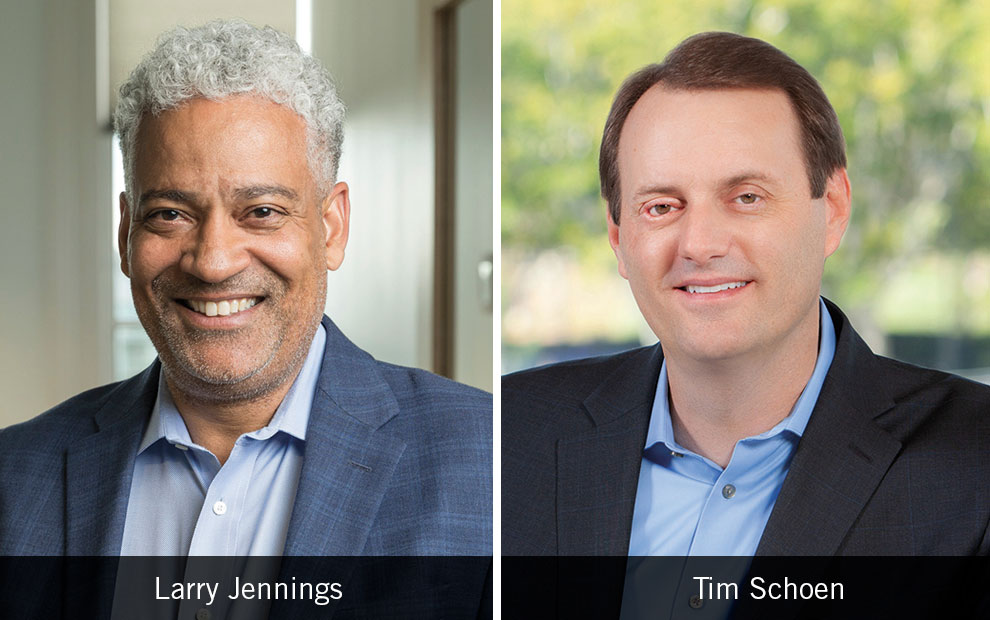 Jennings is co-founder and senior managing director of ValStone Partners, where for 20 years he has co-led the company’s strategic direction, investment decisions and investor relations. From 1987 to 1994, Jennings was co-head of the Legg Mason public finance investment banking department. He also founded and served as CEO of Carnegie Morgan Partners from 1995 to 2001. He is a member of the board of trustees of Carnegie Mellon University; chairman of the Morgan State University Foundation Investment Committee; and board chair of the Baltimore Municipal Golf Corporation. He earned a BS in mathematics and economics and an MS in industrial administration (MBA), both from Carnegie Mellon University.

Schoen has served as president and CEO of BioMed Realty since 2016. Prior to his current role, he held various executive management positions at Healthpeak from 2006 to 2011 and was executive vice president and CFO from 2011 to 2016. Schoen served as vice president of corporate finance at Kilroy Realty Corporation for nine years prior to his time at Healthpeak. He is also the chair of Salk’s Conquering Cancer Initiative Advisory Committee. He received a BS in finance and international business from Minnesota State University and earned his MBA from the University of California, Irvine, graduate school of management, where he was a Dean’s Scholar. 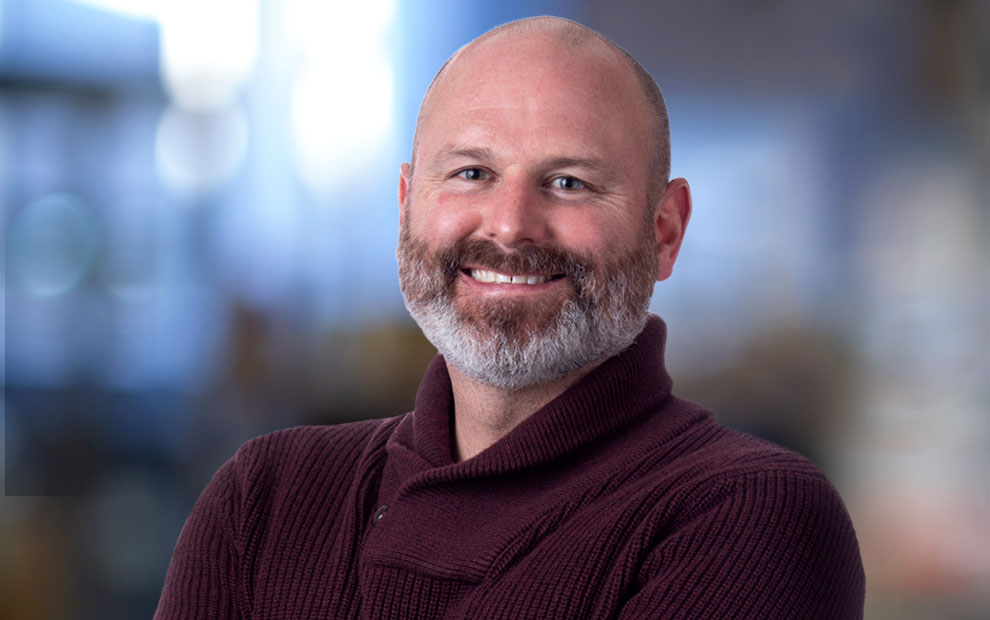 Todd Michael will return to Salk as a research professor in the Plant Molecular and Cellular Biology Laboratory, where he will oversee his own research group as well as provide key expertise in genomics to the Harnessing Plants Initiative (HPI). Michael completed his postdoctoral research at Salk in 2007 under the direction of Professor Joanne Chory. The non-tenured research professor track was created by Salk in 2018 to attract and retain top talent to the faculty.

“We are elated that we could recruit Todd, who is a creative scientist of the highest integrity. His unique skill set in genomes of plants will contribute enormously to the success of HPI programs to fight climate change,” says Chory.

As part of the HPI leadership team, Michael will help efforts to optimize a plant’s natural ability to store carbon in order to mitigate the disastrous effects of climate change while providing more food, fuel and fiber for a growing population. His research group will provide genome sequencing support to create Salk Ideal PlantsTM, plants with deep, robust root systems capable of storing excess amounts of atmospheric carbon deep in the ground. In particular, his team will be investigating the genetic architecture controlling specific traits, such as deeper rooting.

Michael previously published the first near-complete plant genome of Oropetium thomaeum, a type of grass that can survive extreme drought, by pioneering the use of new sequencing technologies and genome analysis tools. His group also used the model plant Arabidopsis thaliana to provide molecular evidence that the circadian clock enables plants to anticipate changes in their environment such as daily light-dark cycles as well as seasonal changes. They found that the time-of-day gene-expression networks were conserved by evolution across higher plants, which enables advanced breeding for next-generation crops.

Michael received his PhD in molecular and cellular biology from Dartmouth College and his BA in biology from the University of Virginia. He previously served as professor and director of Informatics at the J. Craig Venter Institute, fewer than two miles from Salk. Prior to that, he held positions including director of Genomics at Abbott Laboratories; head of the Genome Analysis Center at Monsanto; and assistant professor at the Waksman Institute of Rutgers University. 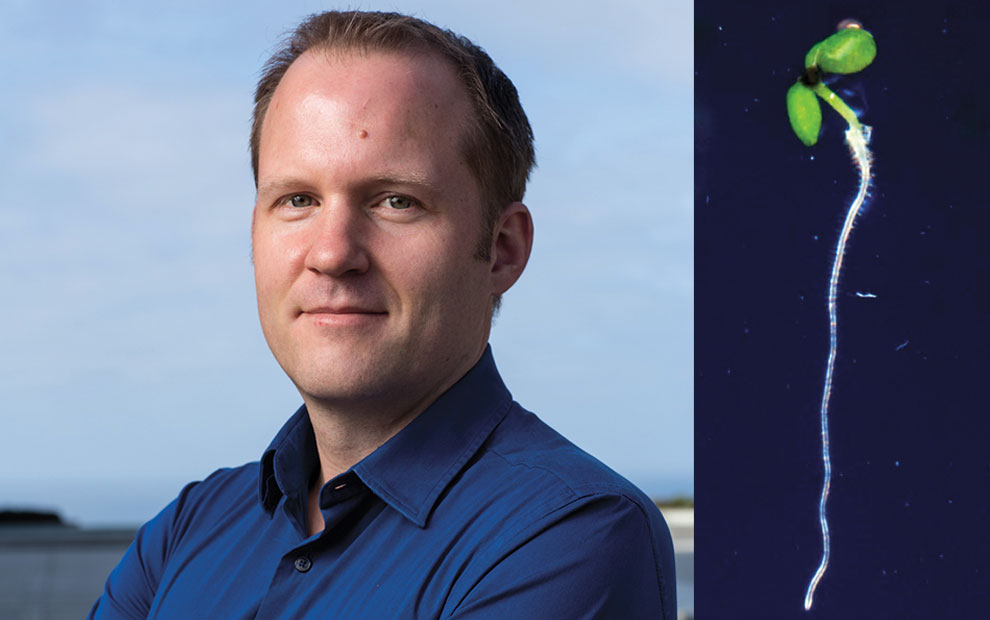 The Salk Institute has promoted Wolfgang Busch to the rank of professor for his notable contributions to plant biology. The promotion was based on recommendations by Salk faculty and nonresident fellows, and approved by President Rusty Gage and the Institute’s Board of Trustees.

Busch, a member of the Plant Molecular and Cellular Biology Laboratory and the Integrative Biology Laboratory, studies plants’ roots, which are critical for obtaining water and nutrients from the soil. His research seeks to understand which genes and molecular mechanisms determine how a plant’s genetic information interacts with the environment and is translated by molecular, cellular and physiological networks to shape plant root growth.

Recently, Busch uncovered a gene responsible for helping plants thrive in stressful environments. Prior to that, he discovered a gene that determines whether a root grows deep or shallow in the soil.