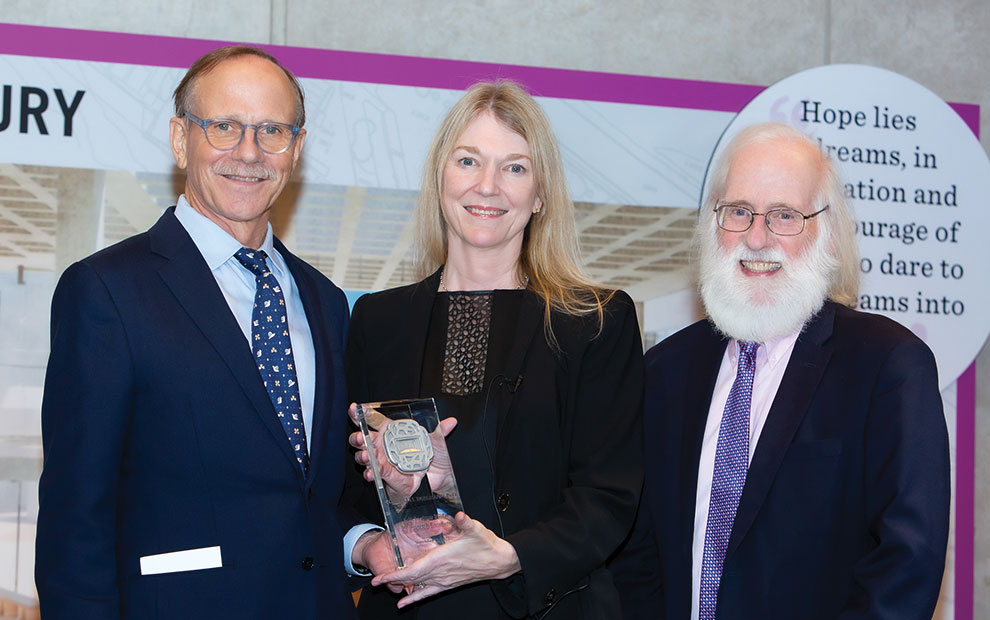 On November 11, the Institute awarded neurobiologist and geneticist Cori Bargmann its prestigious Medal for Research Excellence, which recognizes a scientist who has made significant contributions in the area of basic scientific research. Bargmann leads the science program at the Chan Zuckerberg Initiative and is the Torsten N. Wiesel Professor at The Rockefeller University.

“Cori Bargmann has made seminal discoveries into the relationships between genes, motivational states and behavior,” says Salk President Rusty Gage. “We are delighted to honor her with Salk’s Medal for Research Excellence in recognition of her pioneering work.”

Bargmann began her career as a graduate student in the lab of Robert A. Weinberg, a professor at MIT who was awarded the Salk Medal for Research Excellence in 2016 for his excellence in cancer research. While in his lab, Bargmann explored the mechanisms of a cancer gene called the NEU oncogene, which turned out to be relevant in human breast cancer. Targeted tumor therapies, such as Herceptin, were later developed to treat HER2-positive breast cancer, based on her research.

“As a neuroscientist, I believe that studying the brain will lead to exciting discoveries, and to great benefits in human health,” says Bargmann. “It’s an incredible honor to be recognized by Salk for this award. As Jonas Salk demonstrated with the polio vaccine, basic science that is aimed at the right questions can make a major impact.”

A reception and dinner to honor Professor Bargmann was held at Salk and included a medal presentation by Salk President Rusty Gage and Professor Tony Hunter. In accepting the award, Professor Bargmann praised Salk and remarked on the legacy of Jonas Salk and noted the important contributions made by Salk scientists in various fields including computational theory and plant biology.

The Salk Institute medal was designed for the Institute by French fashion designer and businesswoman Paloma Picasso. Known for her dramatic jewelry creations, she is the daughter of Pablo Picasso and painter and writer Françoise Gilot, who later married Jonas Salk. 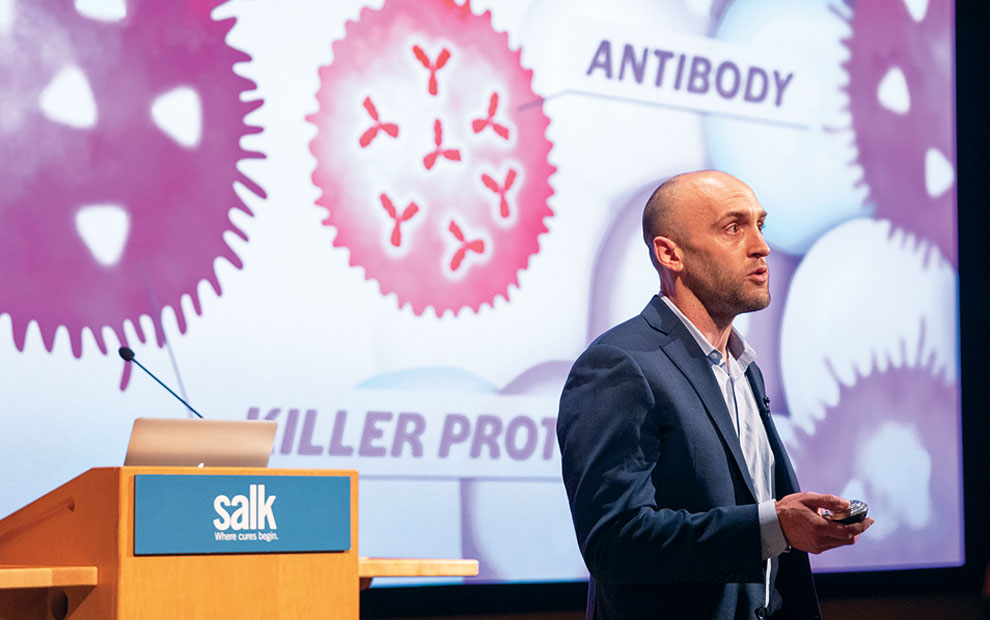